Puritanism: The haunting fear that someone, somewhere, may be happy.
–H.L. Mencken

I tossed out an off-hand tweet yesterday that I had encountered a "selfie stick" in the wild for the first time. In return I received a few replies of the usual sort of sneer that tends to come up when selfies are mentioned, and my immediate thought was a somewhat bothered, "What gives?"

Selfies, it seems, have been deemed BadWrongFun by certain quarters, and as must always be done, BadWrongFun is metaphorically spat upon, by those who must spit upon it. In short, I received replies tinged with selfie hate. And, well, I just don't get it. Certainly the obvious "If you don't like selfies, don't take them!" response applies, but of all the ridiculous things to be judgmental about, why heave your scorn upon people using a cellphone to grab a quick snapshot of themselves, usually with a loved one?

In particular, the selfie stick I encountered was being wielded by a member of a large family in a restaurant, who appeared to be gathered for some sort of important event. I didn't mention that in my tweet, but really, is it relevant? Is wanting to be in the family dinner party photo somehow more worthy?

The psychology behind selfie scorn, as near as I can tell, is probably best summed up by my friend Indigo's observation, "selfies are not humble." And really, when I think about selfies, that does seem to be their leading characteristic. Someone willing to take a selfie is someone who is for that moment at least comfortable in their skin, and that is a state of mind which we, as a culture, seem to have serious problems with.

Compare/contrast the pathological dislike of having one's photo taken, which is common among many friends I've had over the years. Of the two states of mind, I would say it's much healthier to be able to take a silly snapshot of yourself than to be so distraught by the difference in your ideal self vs. your real self that you can't stand to even look at the evidence of it.

I've also heard it posited that people hate selfies because they're associated with teenage girls, which is something else our culture has serious problems with. While I can see that being a contributing factor, I don't think that's all there is to it. I think it's more that a lot of the things typically associated with teenage girls (youthful exuberance, high interest in sociality, a certain sophomoric shallowness) are related to the fore-mentioned comfort in one's own skin. (Which is ironic, considering that many teenage girls would consider comfort in their own skin to be the last thing they have.) The sort of self-containment and self-sufficiency shared by a clique of teenage girls ("Hire a teenager: you don't have to train them because they already know everything!") is something many an adult, mired in the vagaries and irreconcilable problems of grownup life, wishes they could reclaim.

I dunno. I'm just rambling I guess. I think what it boils down to is, "If you don't like selfies, don't take 'em." As far as I'm concerned they're harmless and fun, and may very well be prized by people later as a remembrance of days gone by. So what's not to like? 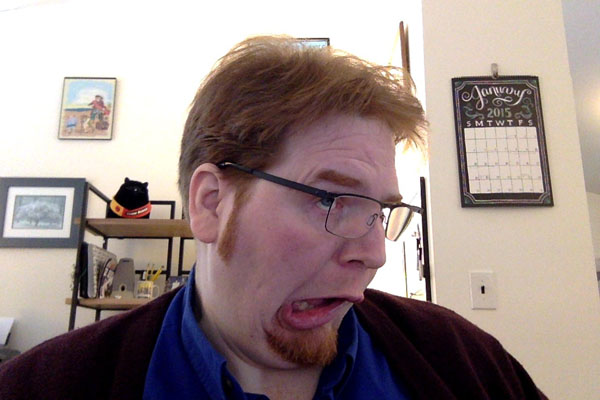