"So," said Greg casually, "what did Zelda say when her would-be rescuer was zapped by a strength-draining ray and couldn't pick up his sword?"

Brigid just looked at him, on the grounds that it was a no-win situation.

Greg grinned. "You are the weakest, Link!"

"Goodbye," she said, and made for the next room. 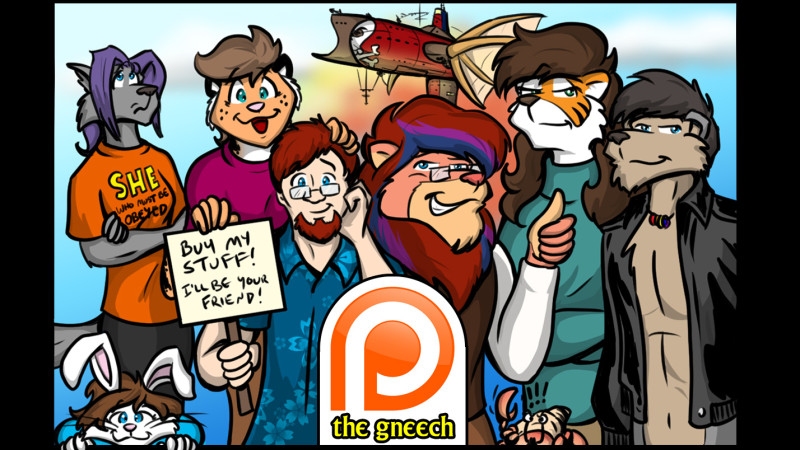 One of my goals with the new year has been to beef up my Patreon campaign a bit, as it was originally assembled in a fairly slapdash "This is good for a start and we'll see how it goes!" way. To that end, I started poking around Patreon to find campaigns that were working well, ones that weren't, and others in "my space" generally to look for best practices.

I was surprised (but pleased) to see that my campaign was actually pretty healthy compared to most– there are a depressing number of "no supporters, no pledges" campaigns out there. That said, there's still plenty of room for improvement! Four-digit campaigns, while rare, are certainly out there, and many of them are comparable to mine in output and bennies, which gives me hope that I can get there myself!

So over the course of this week I have been working on updating, tweaking, and "fluffing" my Patreon campaign, including adding a new banner that showcases my art and trying to diversify both the goals and bennies, while being careful not to over-promise on things I couldn't deliver.

I'm quite pleased with the results! But I'm also curious and eager for feedback and suggestions. Whattya think? I'd love to hear from you.