Okay, okay, before you go off and write your local representative that Gneech has gone even further off the deep end and this menace must be dealt with, let me explain.

For some months now, Buddha's irritable bowel disease (IBD) has been getting more severe, and so we've been giving him steroid treatments, to wit, pills that he despises. In an effort to make that daily battle less horrible, we switched to a steroid injection... and then all hell broke loose when suddenly one of his eyes was cloudy and distended way out of its socket. The steroids had suppressed his already-weak immune system, and he had a nasty bacterial infection.

It was at this point that our poor kitty just plain stopped eating. -.- Between the antibiotics, IBD, and stress, he was clearly nauseous most of the time, and he would nibble a bit from one meal a day at the most. His weight was dropping, and he was clearly not a happy kitty.

In an effort to find some kind of treatment for his IBD that would not involve steroids killing the last vestiges of his immune system, we took Buddha to a kitty acupuncturist last week, but that was just the first of several sessions and could only do so much. And somewhere along the line... he just stopped eating. -.-

His weight was dropping, and yesterday, his lips were a pale deathly white. Not gonna lie, after having loved ones "just stop eating and waste away," I have been in fear for his life for some days now, which didn't help with the stress of recovering from my own health stuff, let me tell you. :P

But Buddha's health is not negotiable, so we consulted the vet again. We gave him an appetite-enhancer/anti-nausea pill yesterday afternoon, then switched back to the hated-but-effective steroid pill before bed.

This morning, Buddha was eager for his breakfast, and ate almost the whole thing. *fistpump!*

He also ate a treat while I was composing this post. Only one, but still more than zero! It's progress! 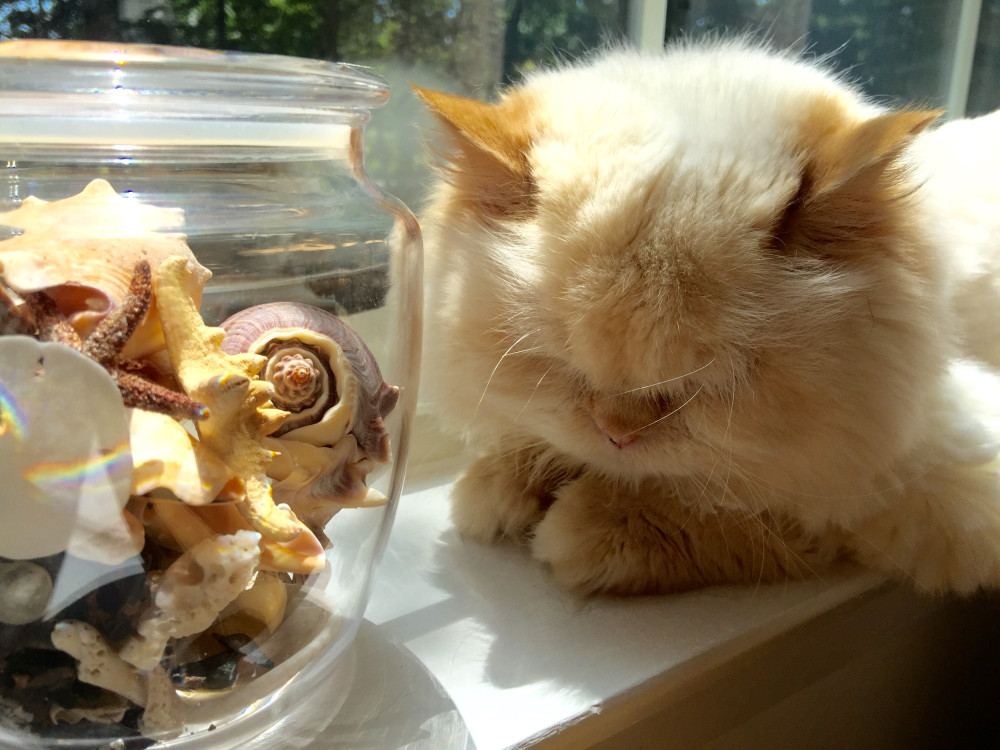 After this morning's apparent upswing, Buddha took a very sudden and catastrophic decline this afternoon around 3:30. We rushed him to Just Cats Clinic in Reston, where they determined that he was in an incredibly severe anemic condition. In short, for reasons unknown, his body was destroying its own red blood cells; his red cell count was so low that it did not even register as a percentage.

The only possibility of treatment was hospitalization and transfusions, with no real ability to know if it would even help in the short term, and a poor prognosis for recovery.

After a great deal of sober thought and discussion, we decided that it was time to let Buddha go.

laurie_robey and I stayed with him, petting him gently and telling him what a good kitty he was, until the vet announced, "He's gone."

It has been my privilege and pleasure to be Buddha's human for almost exactly nine years– nine years that he would not have had if we had taken the advice given to us originally to put him to sleep merely for being FIV+.

I love you, Buddha, and I will miss you. Thank you for the time you gave us.