DespairQuit is like RageQuit, except instead of being angry, you just sorta give up. I know this, because I keep skating that line on Overwatch.

I know that I can succeed at the game, I've done it once. Maybe even twice, I think? But I'm unsure of my memory on the second one. But yes, on one "deny the escort" mission, my team actually did deny the escort, thanks to a last-second overtime push.

Every other time I've attempted pvp, I just get stomped. :-` Hard. And after two or three attempts, I can't think through my frustration.

"So Gneech," I hear you say, "why do you keep playing it?" It's a good question, and I don't have a real good answer. I like the game, I like the world and the characters, I like the design of it all. A lot of what I like about Overwatch is explained in this article on Wired. In fights against bots, I tend to do fairly well and have a good time... but fighting against bots is not playing the game as intended. :P

I would like to think that if I could find some teammates and get a groove on, I might start to get better. Unfortunately, the people I know tend to be on way past my bedtime– or if they are on when I'm on, my computer blows up its own brain rather than let me play.

I am reaching the point where I worry that even if I do ever manage to find a team, I'm just going to be a weight around their neck anyway, because I am such a lousy player. :P

So sometime in the near future (maybe this weekend if I can arrange it) I'm going to declare "Get Decent at Overwatch" day and just be on pretty much all day, trying to group with anyone I know and going into live games in pure student mode. Win, lose, die trying, doesn't matter. I'm just going to spend my time trying to learn from people in the game and do something more effective than getting killed constantly.

I had a patch like this in LotRO, and I did eventually manage to get through it with the help of my friends and get to a place where I was pretty good. I want to do that again, here.

Thanks for listening. Have a music video for your time. 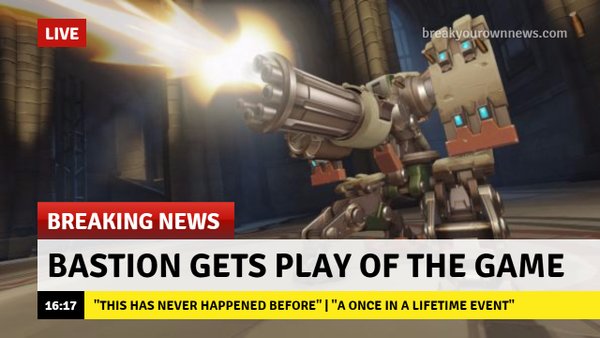 Wow, what a difference 24 hours makes. XD Today was a good one in Overwatch! Three in-game victories out of five? six? games– two with Lucio, one with Soldier76. Even the defeats were hard-fought and not just pure stompage. (Well except for one, when I was dumped into a match 30 seconds before the team failed to escort their objective to the destination.) The best part, actually, was when another player got Play of the Game by one-shotting my Soldier as Widowmaker. I had to watch it on the Kill Cam, then at PotG, and I was just laughing the whole time. GG, WM. I ain't even mad. XD

See now, that's how the game is supposed to go! When even getting beaten is fun, you're doing it right. And I couldn't tell you what the difference was. I have my suspicions– first game was in the afternoon instead of at night, so I had more energy/awareness; computer worked right off the bat instead of crashing several times, so I wasn't frustrated before even getting in; and I've been studying L2P videos on YouTube when I can. I'm sure there's also the luck of the draw on the opposing players' skill levels, but there weren't any matches where I felt like the other team was just plain weak. I really think I've actually just gotten a bit better sometime between yesterday and today.

This doesn't mean that I am suddenly a champion, by any stretch. And none of my victories today were using My Gal D.Va, but that will come. (My first in-game victory was with D.Va, so we'll always have that!) I'd like to get a few in before she gets her buff, which will probably be in a couple of weeks.

Anyway! It's a really good feeling to have finally done well, and I'm glad I've stuck with it. Now to build on that success!